Way back in the neolithic age (well, really, in the 1950’s) in Wheaton, Illinois, I managed a Christian book store for my father. To promote the store, I planned a gala children’s event. Children  were to come dressed as their favorite storybook character. We’d have games and gifts and food, and, for the climax, Dr. Ken Taylor, Walt’s dear friend, would be our special guest and read one of his popular children’s stories to the children. (This was before he became famous for his paraphrase, “The Living Bible,” which he’d written originally for his 10 children, and which sold over 40 million copies.) The response to our promotion was exciting, and I was eager for the day to arrive.

Just a few weeks before the scheduled event, Walt’s cousin Lois asked him to perform her wedding ceremony. She was his only girl cousin. It would be an elegant, sophisticated affair in Henry Ford’s lovely Mary-Martha Chapel in Dearborn, Michigan. All of Walt’s relatives would be there, many of whom I’d never met. Daddy and Mother Handford would drive all the way from Seattle.

But the wedding was scheduled for the same weekend as the promotion I’d planned for the book store. Oh, how I worried and schemed and muddled through all sorts of alternatives to make it so I could attend that wedding. But no matter how I tried, I could find no way to honorably fulfill my first obligation to the store and enjoy the wedding, too. 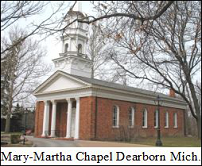 Psalm 15:1 asks the question, “Who may worship in your sanctuary, LORD? Who may enter your presence on your holy hill?” One answer is given in verse 4: “Those who keep their promises even when it hurts.”

I did keep my promise, and the celebration at the book store was a boisterous success. Everyone on staff worked hard to handle the scores of excited children. It was essential that I be there to help.

Walt came home and told me all the exciting and happy details about the gorgeous wedding and reception (including his having to tell his aged, innocent, Scotch-covenanter father that the cup of punch he was drinking was spiked!) I listened enviously but with a clear conscience. I had kept a promise, even when it hurt.

Not long ago I sat in a business meeting where assignments were being handed out to each of the committee. Someone grumbled, “You can assign these, but folks won’t do it, you’ll see.” But the chairman said, “Well, if Libby promises to do something, she’ll do it. You’ll see.”

God knows I wish that were always true of me! But it’s a worthy goal: to always, always keep my promise even when it hurts. God Himself sets the example. Psalm 146:5,6 says:

Happy are those whose hope is in the LORD their God.
He is the one who made heaven and earth,
the sea, and everything in them.
He is the One who keeps every promise forever.

Because God keeps every promise He ever makes, He can help me-and you-to keep the promises we make.