Wasting Time on People? By Whose Standard?
A Reminiscence with Elizabeth Handford

I found great joy in being a pastor’s wife. How good it was to help people however they needed me, for spiritual counsel or material help. 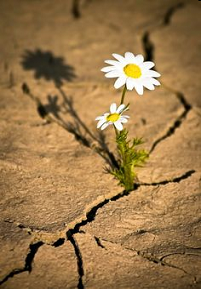 Walt once heard me counseling a new mother over the phone. When I was done, he said, “Libby, you just ‘mother’ people.” Well, yes. Maybe that was what most people who came to me really needed: someone to love them and pray with them, and then show them what God’s Word said about their problem.

I often would weep with a woman as we talked about her heart-rending problem. One day, after a woman in need had left the house, my little son Paul asked, “Mother, why do you always make people cry?”

Did sometimes a woman take advantage of me? Perhaps so. Meals at our house were sometime delayed because someone knocked on the back door right at supper time. Sometimes they came back with the same old complaints, the same old grievances. If so, I might say, “This is what you need to do. Not until you’ve done that, will we get together again.” Did people always take my advice? No. So had I wasted my time on them? It depends on whose standard you use.

An interesting illustration of God’s standard about this is found in Matthew chapter 13. There, Jesus tells the story of a farmer who planted his seed extravagantly.

Not only did he plant seed on the ground he’d carefully plowed, he planted seed among the thorns and the weeds. He even wasted seed on pathways hardened by many feet. Isaiah 32:20 says, “Blessed are you who sow beside all waters.” Why? Why waste seed on obviously unproductive ground?

Why? Because, when you plant a garden, you don’t always know which seed will take root and thrive. Ecclesiastes 13:6 says,

“In the morning sow your seed,
And in the evening do not withhold your hand;
For you do not know which will prosper, Either this or that,
Or whether both alike will be good.”

In fact, Psalm 65:11 says that God “crowns the year with a bountiful harvest; even the hard pathways overflow with abundance.” The truth is, sometimes the people I might have thought were not profiting from our time together really were listening, and later on, accomplished wonderful things for God in their lives. And probably, as well, some of the people I thought had great potential didn’t do much for Him later on. I certainly did not have the insight to know who deserved my time and who did not. I was not given a choice of whom I would serve.

“Time wasters”? God certainly doesn’t regard any of His creatures as time wasters. Their loving Creator always has time for them. His ear is always open to the cry of His children. So, God willing, I will represent Him well to anyone who asks my help. I can’t guess at the good things that God might do through them!

And, in case you’re wondering, the little flower in the picture above is an anemone, the Israeli state flower, merrily blooming its beautiful little heart out in very barren Israeli soil.